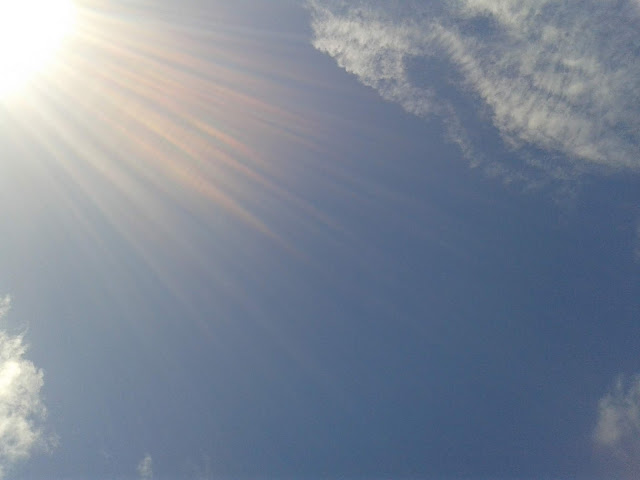 Perhaps the most serious thing about the present time is the creation of a great cloud of darkness and fear, started by what I am compelled to call the enemy and fed by human beings all over the world as they react to the media with its insistent focus on doom and disaster. This affects everyone and you can often sense it beneath an appearance of normality.

For those of us who believe there is more to this than meets the eye, and that the real purpose and long term goal may be quite other than what they appear to be, it is necessary to fight back. I mean fight back spiritually. It is a spiritual war we are engaged in and the weapons we use are different to regular war. Chief among them is the mind but not just the mind as the organ of thought. Thought is important. Right thought, thought based in understanding, is very necessary now more than ever but there is something else and that is imagination. The imagination is a powerful weapon which we should use to counter the spreading miasma of fear.

We must combat darkness with light though not necessarily light in the abstract sense which is hard to visualise for most people for any length of time. However, colour is the spiritual expression of light. Colours are qualities and they create psychological, even spiritual, effects. I believe the visualisation of the colours of blue and gold could aid in the dispelling of this growing darkness. Why not set aside a few minutes each day in which you sit quietly and visualise a bright, vivid, azure blue light, flecked with gleaming darts of shining gold? Intensify this visualisation as you proceed and project it out into the psychic atmosphere of our planet. This might conjure up the image of earnest meditators sitting around trying to stop war and hunger or whatever but it is less abstract than that, more practical, and, by focusing on something real, namely colour, easier to bring to life in the mind than vague and generalised pious hopes. Practise it as a form of contemplation or silent prayer, though a few words to accompany it would doubtless add to its power.

If you are a practical 21st century person, you might think this is a lot of nonsense but I have been assured it is effective, certainly on a personal level but it can also be on a more universal one. When the darkness gathers, it should not go unchallenged.


Posted by William Wildblood at 12:14

I am interested in the deeper meanings behind that choice of colors.

I immediately recall that Gold is the dominant color in Orthodox iconography, while I observed Blue to be the dominant color in William Arkle's paintings. Each one on its own seems one-sided. (I recall one Orthodox saint opining that a Christian should not look at the sky since it is the dwelling-place of the demons, and that seems to me to illustrate the one-sidedness.) The combination seems like it may be more balanced.

All I can say with regard to those colours, Serhei, is that the Masters told me many years ago that if I meditated on them that would purify the mind and take it to a higher place where evil influences could not operate. Since then I have seen them associated with the Blessed Virgin Mary and other examples of what you might call royal spirituality. And when I have meditated on them I have indeed felt the effect the Master described.

I think you are right in that it is the combination (sun in a clear sky) that carries the spiritual power which either one on its own would lack. Maybe the demons can pervert anything except this. That is my intuition anyway.

Good idea, William. I'll start doing this visualisation this very evening as a supplement ro my daily prayer. It could be said from this post that you're stepping forward to play a role analogous to that played by Dion Fortune in WW2. Speaking of whom, I found her 'Mystical Meditations on the Collects' in Oxfam Bangor on Monday. Very valuable writing indeed, especially at a time like this.

Thanks John but I wouldn't put my little suggestion in that class! Anyway, it is beginning to feel a bit like WW2 but I wonder how much of that is psychological rather than literal. A lot I would say.

@William - This is, for me, a good example of how each needs to discover practices effective for himself. For me, this kind of colour visualisation is not just a waste of time, but the wrong path: it would do me harm if pursued stubbornly.

And the same would surely apply if other people tried to implement what works best for me on the assumption that it would be also best for them. As Arkle said - it is part of God's plan (or hope) that (so far as is possible, and help is available when it is not possible) each unique person should 'quarry out' his own unique path through mortal life; evaluating the results by trial and error - and such a way of learning is the most effective.

Nonetheless, it is useful and valid for us to share our own experiences - as here - because sometimes they have a powerful positive impact and show the path ahead.

Well, Bruce, each to his own!

But seriously I appreciate the way you say exactly what you think. Would that more people did especially now. I watch the news and see people talk, and all I hear is spin and obfuscation, telling people something to get a desired effect with no real concern for truth. Truth is the most important weapon we have and we should never compromise with it.

Blue and gold (with a splash of white) is also the dominant colour scheme in CS Lewis's 'The Voyage of the Dawn Treader', that great journey into the rising sun and perhaps the most mystical of the Narnia books.