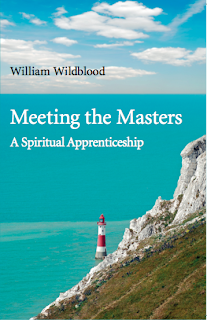 Welcome to the Meeting the Masters blog. I must confess that it’s slightly misnamed as you are not going to meet any Masters here, not directly anyway. But the posts may help to introduce those interested to the concept of Masters as spiritually realised human souls who now exist on higher planes of being, serving as teachers to those of us who have not yet reached their level of understanding and enlightenment. To do so is the destiny of us all if we wish to follow what is our true path. The choice is ours because free will is the great gift that defines us as human beings. We can choose to go with the flow of life and realise our oneness with God or we can separate ourselves from that flow, becoming ever more enclosed within the boundaries of the limited self and material existence.

You may not meet any Masters here but you might learn a little bit about them and how they function. You can read some of their words and perhaps touch something of the quality behind those words which could help you to make your own link. The Masters are there waiting to guide us but we first have to make the attempt to raise ourselves up to their level. This is because they are spiritual teachers and what they teach is spirituality which is an inner thing, existing above the mental levels with which we are normally familiar. That doesn’t mean they never descend below those levels but that is rare as their aim is to help us become like them so if they do make a more direct approach that is generally because we are at a relatively early stage and can benefit from a little kick start. Their real intent, though, is to establish an inner relationship at the level of the soul, beyond words, beyond thought, beyond the limited self.

‘Meeting the Masters’ is the name of the book that is associated with this blog. It describes how I was contacted by the Masters in 1979 and my experiences with them, principally over the course of the first year of that contact but written with the benefit of twenty one years’ association with them, an association which became gradually less as time went by and which, outwardly at least, ceased in 1999. This blog is for those who might wish to explore further some of the themes of the book.

The Masters communicated with me through the medium of a man who fulfilled a role somewhat similar to that of the Python of the Ancient Greek Mysteries. He was a simple man but he served as a vessel for the gods, as we might justifiably call the Masters in this context, and when overshadowed by them spoke with the voice of divine wisdom. That’s a tall claim but one I believe the results bear out.

If any visitor to this blog would like to ask a question that relates either to the book, the Masters or the spiritual life in general please pose it in the comments section and I will endeavour to answer it to the best of my ability. I do not pretend to be an authority on spiritual matters but I know a little about them, and I have had the advantage of being instructed by those who are.

Posted by William Wildblood at 13:35 6 comments: